Today I’m proud I became a quitter. In pursuit of having it “all”! 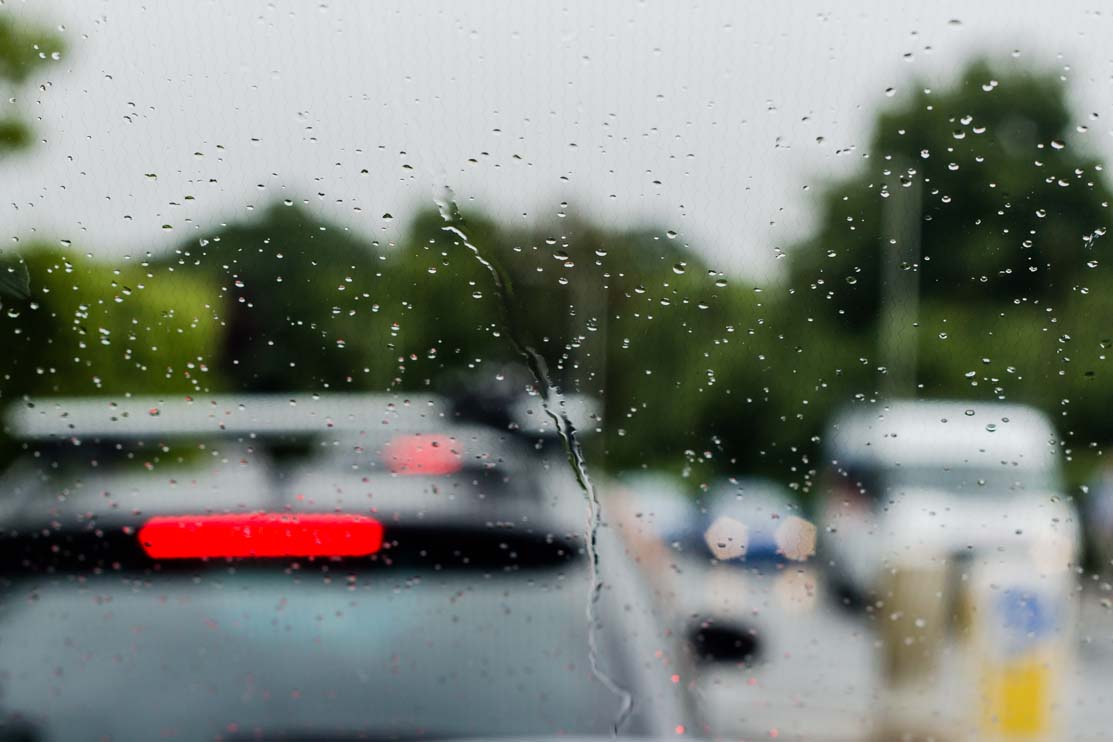 When I left university I decided I wanted to work in telly, I said it, so I believed it and I made it happen.  That’s how I operate, say what you mean and mean what you say!

I have worked so hard my whole career, I made tea for years, I got treated like a slave in a tv newsroom, I worked 12 hour night shifts, I drove home at breakfast time and drove back in at hometime, I’ve travelled the world in style, I used to challenge myself to film product demo’s without ever reading the instructions, I once even modelled on shopping telly because the model didn’t turn up, yes really I did, I’ve laughed so much at work and had so much fun whilst getting paid it was almost a crime. I’ve made the best friends ever, fact! 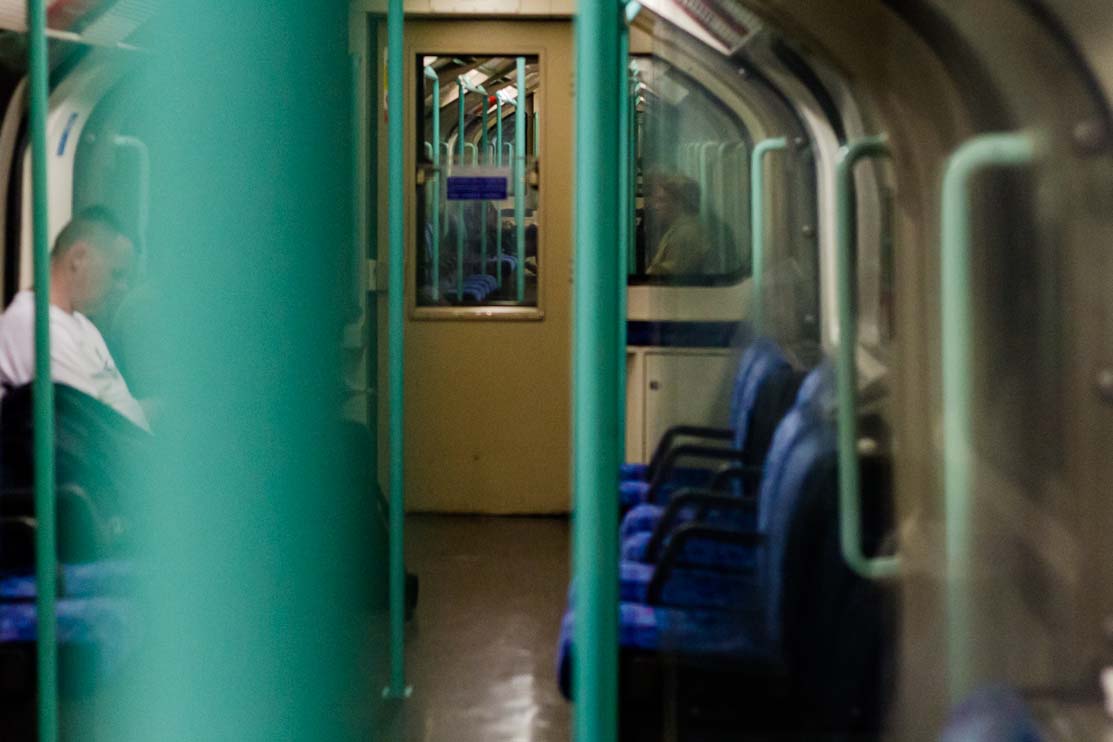 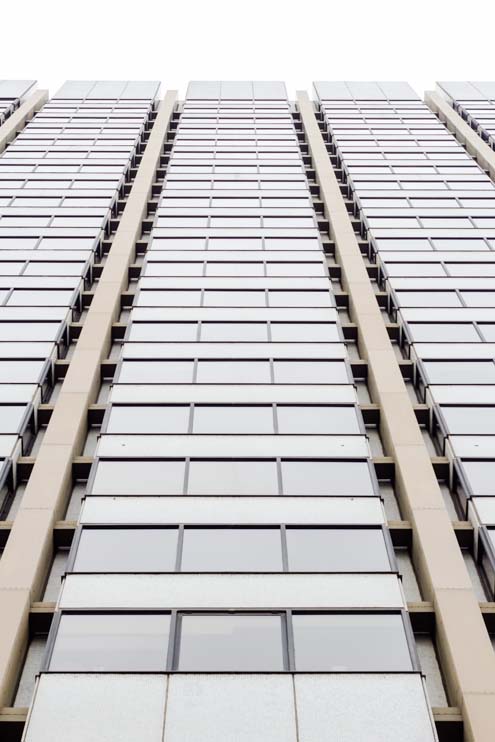 I’ve worked on national telly for years and loved it so much. It was all I needed and what made me feel fulfilled and proud of myself, until something else became more important.

2 little people I never thought i’d be lucky enough to have arrived…We’d left it late, my lovely boyfriend and I wanted to be “ready” whatever the hell that means, so we tried and tried, you know the story…

I fitted in IVF and embryo transfers around my edits and foreign shoots. Fast forward a few years and those little people with the big eyes became too important to leave on a wednesday morning at nursery and not see awake again until Saturday morning.

I’m not saying I won’t find it hard, and I’m not terrified of missing the buzz of London, the ITV telly tower, 4pm chocolate cravings in the office, the great atmosphere of shoot days, even the commute, but I have to follow my heart and to be honest it was costing me a fortune in rescue remedy! Some women make it look easy, I am not one of those women.

I felt like a bad girlfriend, bad daughter, bad friend and what mattered the most was I felt like a bad mother and colleague. I had too many people for whom I felt guilt. As a wise lady once said, guilt is such a wasted emotion but it doesn’t make it any less real or less destructive. I simply couldn’t cope with not being good enough. I used to be great at most things, but then being bad at most things became too much. Actually I wasn’t that bad, I just never had enough friggin time to be as good as I knew I could be. And that wasn’t going to change, time is not something you can bolt on with your childcare vouchers unfort! Now for my own sanity I prefer to be just good enough at a few things!

The things I will miss will be: being part of a gang, a cool London gang, actually was I ever part of this- maybe not but I still had a gang! I will miss my team! I will miss leaving home on a Wednesday and sometimes feeling important. But I won’t miss the stress, the guilt, the rush, the guilt, the commute, the adrenaline fuelled rush home, my heart beating so fast my throat starts to close up, as every second literally counts beyond measure. Missing the tube, rushing so hard I don’t care if I hyperventilate or knock over a cripple. Looking at my watch and thinking I’ve made it to the car park 5 minutes earlier than normal, and how I’ll make it to nursery slightly earlier to miss the 6pm rush, only to realise those 5 minutes melted in marks and spencer whilst getting the snacks I should have packed the night before. Then getting there and those little faces that light up and make me wonder why I ever left them.  Driving home praying that the meltdown happens once in the house and not in the car…heart still beating out of my chest!  But now it’s done, it’s over and I’ve taken control back. I know there will still be meltdowns but now when they happen they won’t all be my fault and it won’t be all 3 of us crying! I will make a new tribe though, and it will work for me. 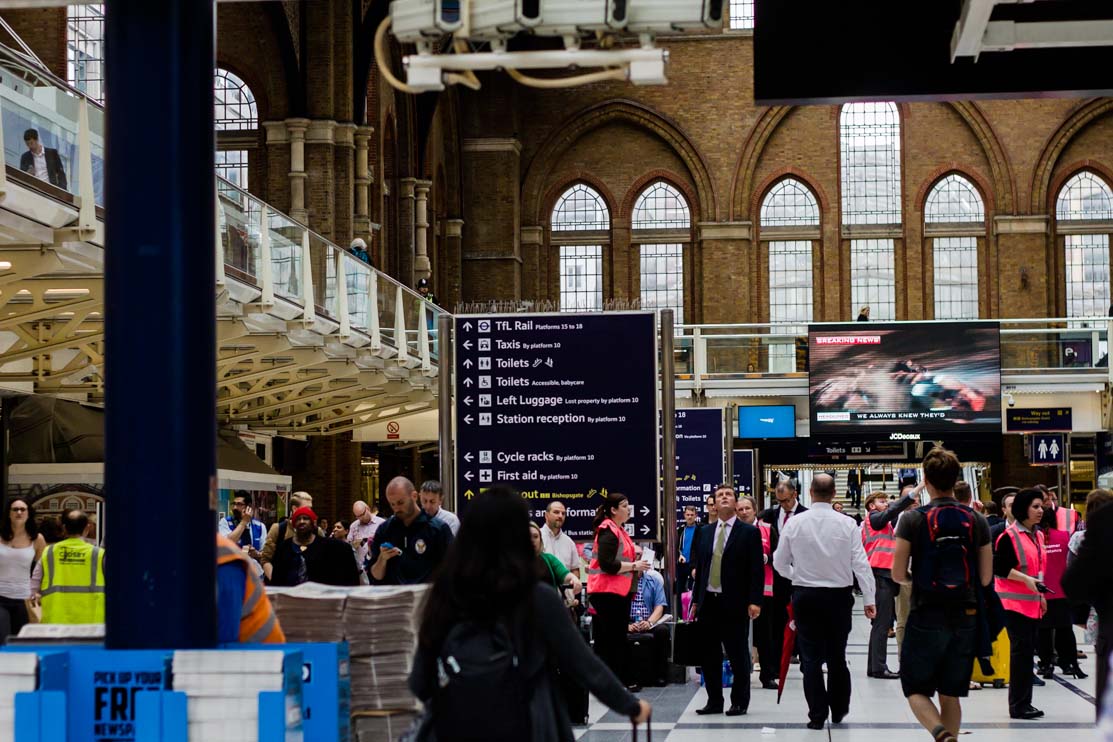 I know and I’m trying to prepare for the days where I turn on ITV and miss the old me of telly land, I wipe the kitchen counter more times than needed, and I walk around far longer than i should in sloppy jogging bottoms with no make up on, oh and the days when despite my new found non telly job status I still put the kids in front of cbeebies for longer than I’m proud of…but in spite of all of these reasons and in spite of my hard working awe inspiring mother and her generation.claiming we could have it all, I know I for one cannot. Well not without a price anyway, and that price won’t be my mental stability, my children’s memories, nor at the cost of my relationship. 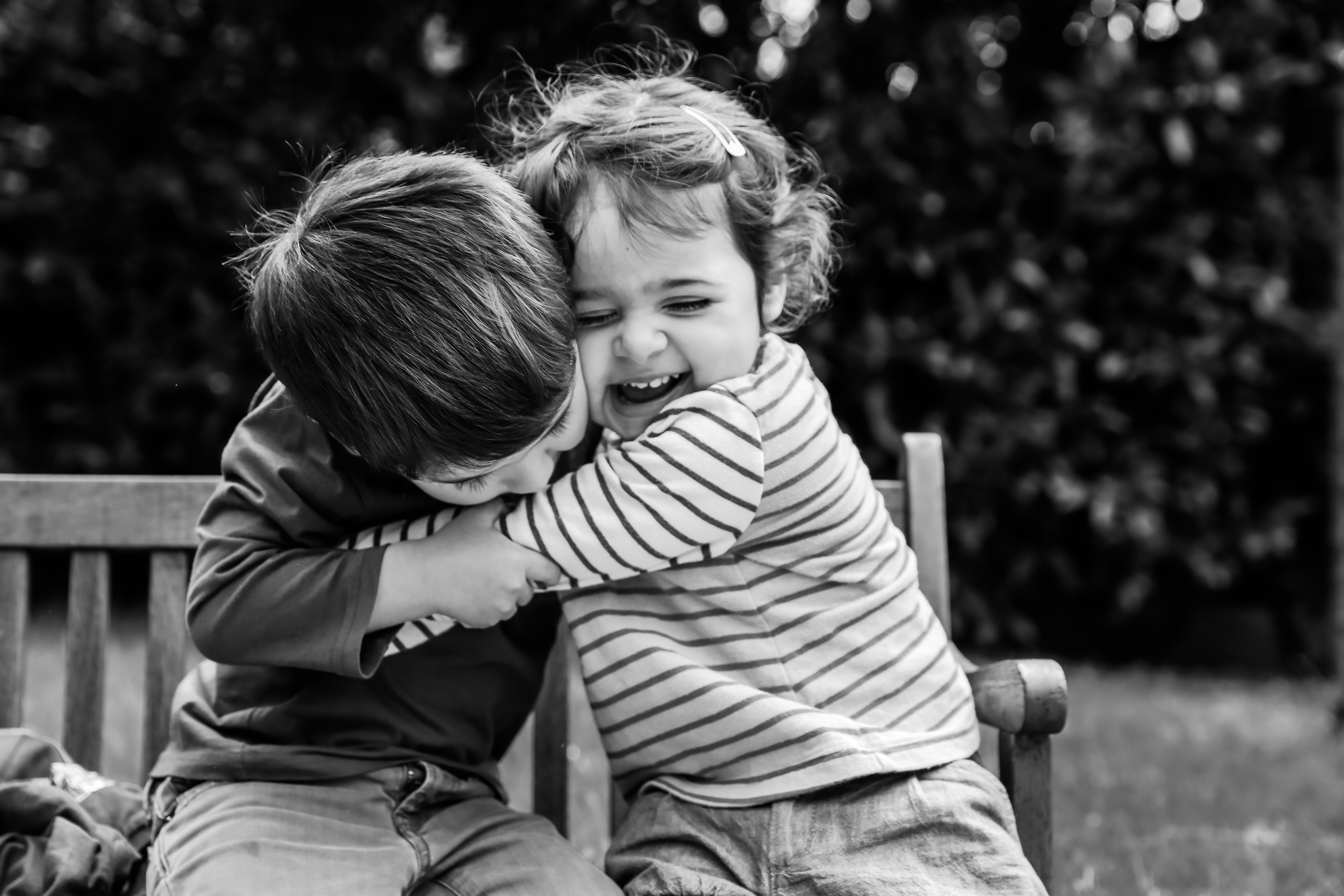 I admire all mothers, the stay at home ones, foster ones, adoption ones, the working ones and most heartbreakingly the ones who yearn to be yet can’t. It’s bloody tough and the struggle is real! Noone ever prepares you for this bit, the guilt bit. You think the hardest bit will be the early days of sleep deprivation, leaky boobs, shit explosions, and snot stains on your best black jeans! God who knew children could cause the leakage of so many bodily fluids! Right I must go, the kitchen counter needs wiping! Oh and I’ve run out of rescue remedy. 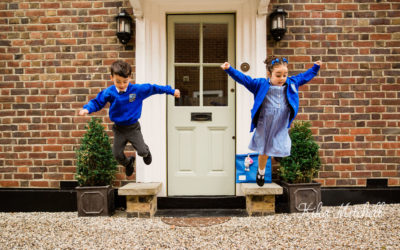 Starting school. It's a big rite of passage. That's why everyone takes "that" photo. It's such a big moment. It's up there with first smile, first poo explosion without any baby wipes, first words, first topple off the bed, moving out, getting married (SOB)...In other... 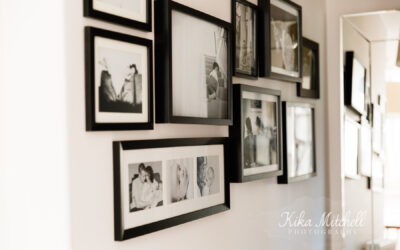 What is a photo wall you might ask, well the clue is in the title but it doesn’t have to be a big project. It could comprise of one statement photograph, or a little collection of themed images. Hopefully this useful blog will give you some practical ideas for your... 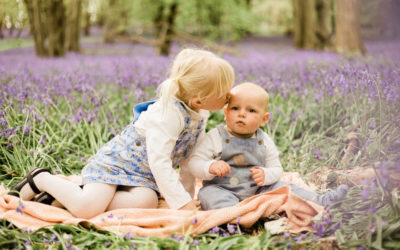 The first thing I ask my clients is how do you want to be photographed?   the next question has to be where is it set, where is the location? What does it say and represent to you all? In my opinion the best place for a shoot is in your happy place.  My family’s happy... 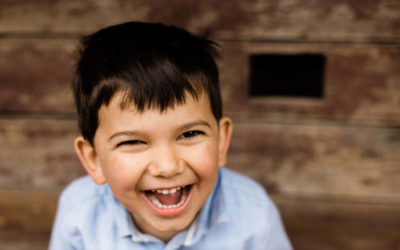 I want a family photo shoot but what if my kids don’t behave?

I WANT A FAMILY PHOTO SHOOT BUT WHAT IF MY KIDS DON'T BEHAVE...insert your worry here!  YOU ARE WORRIED BECAUSE YOUR KIDS: WON'T SIT STILL ARE TOO WILD WON'T LISTEN ARE TOO YOUNG HAVE ADDITIONAL NEEDS INSERT YOUR WORRY HERE!  YOUR... 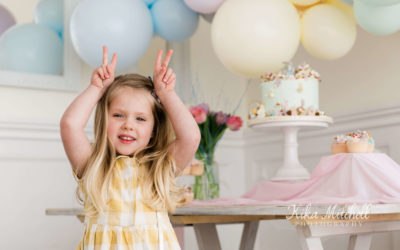 Hip Hop Hooray Easter inspiration and pure pastel perfection is here. I'm super egg-cited to show you all the pics from my latest Easter shoot, a collaboration with Essex's finest creative talents. (Sorry about the puns I just can't help myself- I have the same... 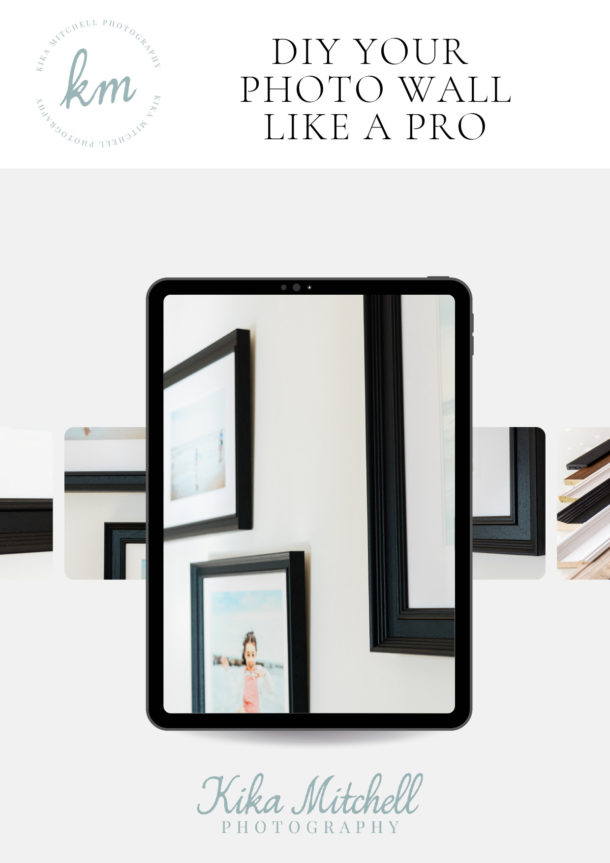 Want to DIY your photo wall like a pro?